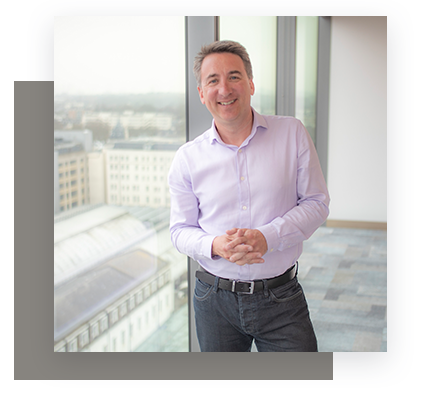 Mark Copeman is the founder of Wisecurve LTD, which brings together a number of his ventures.

He is the author of the books, MSP Secrets Revealed and Helpdesk Habits, as well as being the creator of the online customer service video program of the same name.

1,500 technicians have now been certified by his unique, flagship IT customer service programme, Helpdesk Habits It aims to transform technicians into Helpdesk Superheroes.

He runs TechTestimonials.com – the only video / written testimonial service dedicated to the tech industry and has recently added his Web Success 101 programme for MSPs and Website review service to the portfolio.

Mark is also a regular real life and virtual conference speaker on the subjects of customer service, the power of habits and MSP website conversion techniques.

Mark is also a video presenter and conference host in between consulting for IT businesses, where he focuses on creating content, sales and marketing.

A serial entrepreneur, in April 2018, Mark sold his 50% share in the 1-click customer satisfaction SaaS tool, Customer Thermometer, after 8 years of growth.

He started Customer Thermometer in 2010, with his co-founder Lindsay Willot and built the business up to 1,000+ customers, winning the likes of Facebook, Dropbox and Dollar Shave Club.

Initially creating and developing the service, he learnt the ropes by being Customer Thermometer’s helpdesk, before moving on to enterprise sales and focusing on the IT support marketplace.

During that agency time, Mark developed his skills both in front of and behind the camera, fronting various corporate TV productions and training videos.

As an early adopter of green screen filming in the corporate market, Mark’s YouTube channel has over 21,000 subscribers and nearly 5 million views.

Mark began his career in BT, having been sponsored by them at Bristol University, where he studied Electronic Engineering and ran Bristol’s RAG charity efforts whilst DJ-ing most of the University’s major events.

He joined BBC Radio Bristol as a presenter, where he interviewed the rich and famous. Notably, Jamiroquai, The Farm (remember Groovy Train?), Shakespears Sister (when they were at #1 with ‘Stay’), Smith and Jones and the sadly departed Jeremy Beadle and Keith Chegwin.

Mark is married with 2 children and lives in the village of Bray, the home of 50% of the UK’s 3-starred Michelin restaurants. He loves to cook and run, but not necessarily at the same time.

This site uses cookies. By continuing to browse the site, you are agreeing to our use of cookies.

We may request cookies to be set on your device. We use cookies to let us know when you visit our websites, how you interact with us, to enrich your user experience, and to customize your relationship with our website.

Click on the different category headings to find out more. You can also change some of your preferences. Note that blocking some types of cookies may impact your experience on our websites and the services we are able to offer.

These cookies are strictly necessary to provide you with services available through our website and to use some of its features.

Because these cookies are strictly necessary to deliver the website, refuseing them will have impact how our site functions. You always can block or delete cookies by changing your browser settings and force blocking all cookies on this website. But this will always prompt you to accept/refuse cookies when revisiting our site.

We fully respect if you want to refuse cookies but to avoid asking you again and again kindly allow us to store a cookie for that. You are free to opt out any time or opt in for other cookies to get a better experience. If you refuse cookies we will remove all set cookies in our domain.

We provide you with a list of stored cookies on your computer in our domain so you can check what we stored. Due to security reasons we are not able to show or modify cookies from other domains. You can check these in your browser security settings.

These cookies collect information that is used either in aggregate form to help us understand how our website is being used or how effective our marketing campaigns are, or to help us customize our website and application for you in order to enhance your experience.

If you do not want that we track your visit to our site you can disable tracking in your browser here:

We also use different external services like Google Webfonts, Google Maps, and external Video providers. Since these providers may collect personal data like your IP address we allow you to block them here. Please be aware that this might heavily reduce the functionality and appearance of our site. Changes will take effect once you reload the page.