This is the first article in a series of adapted excerpts from my book, MSP Secrets Revealed.

I wanted to share some of the interviews I did for that book with the world at large.

The first one is the highlights of an interview with the very awesome Juan Fernandez, previously of Imagenet Consulting. He exited that business in 2021 and is now on a crusade to help MSPs in lots of different ways.

Juan has an infectious personality – and it’s been tool long since we’ve met. It’s my turn to beat him at bowling.

Juan is the ultimate advocate for relationship creation, which is appropriate, as we met at an after conference party in a bowling alley in Phoenix, AZ. He was much better than me. 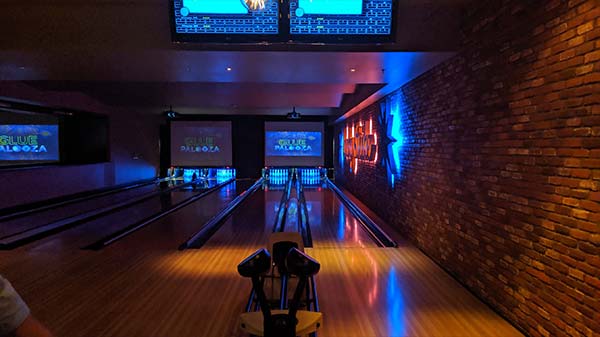 He learnt to sell from an early age. His Grandmother sent him out to cut grass for a $1 … and he would come back empty handed. She told him it was because he didn’t know how to sell himself. She taught him to add value first, then to sell yourself and finally trust kicks in.

Juan was recently asked by a colleague, “If you were still on the phones, trying to sell, what would you say to your targets?”

He replied – “I’d never call anyone.”

Juan has built two businesses – and at no point in their evolution did he or anyone else ‘hit the phones’.

Instead, he has continuously invested in relationships. He taught his VCIO teams (franchise holders) to do exactly the same. 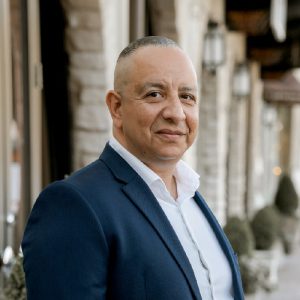 He is a big advocate for community engagement programs and meetups. He finds people he wants to work with … and then builds relationships with them. Caveat being that those individuals are part of companies suitable for Imagenet’s services.

He trains a lot of teams and goes to great lengths to explain that when you meet with a customer, you must never assume you have a deal.

“It’s very easy to forget that a customer doesn’t realise they’re in a sales cycle. Instead, teach yourself to remove the concept of selling something from your mind, regardless of how the conversation develops.”

Juan knows that the engineers amongst us typically jump on problems they can solve.

If they know, through questioning, that a customer has a need for a 4082 multiband gigablaster, conversations then tend to focus on selling just that – it’s almost a relief that there’s an opportunity to solve a problem and therefore sell something.

Juan’s advice is to do the opposite. File those thoughts away and remember to always “treat customers like you’re dating!”

With his considerable experience, Juan points out that it’s important not to know where a customer is at right now, but to focus on where they want to be in the future. He also believes it’s not important to know how they got to where they are today.

Instead, focus on three outcomes – return on investment, employee productivity and profitability. Steer conversations and questions to these big picture areas, as opposed to plugging a firewall gap. That can of course come in time but should never be your initial focus with a prospect.

If you know you are an ‘accidental entrepreneur’ … you saw an opportunity and set up a business around it, it’s possible you haven’t ever had a need or been forced to work out how to build a business and create trust.

Juan’s path was different. He resigned from his job and actively set out to grow an MSP from nothing. He believes this forced him to focus on relationship selling and building trust, as he didn’t have a problem to solve initially.

Juan has one last lesson – his motto in business:

“Provide quality products and services that everyone can afford and add so much value they can’t afford not to buy.

This site uses cookies. By continuing to browse the site, you are agreeing to our use of cookies.

We may request cookies to be set on your device. We use cookies to let us know when you visit our websites, how you interact with us, to enrich your user experience, and to customize your relationship with our website.

Click on the different category headings to find out more. You can also change some of your preferences. Note that blocking some types of cookies may impact your experience on our websites and the services we are able to offer.

These cookies are strictly necessary to provide you with services available through our website and to use some of its features.

Because these cookies are strictly necessary to deliver the website, refuseing them will have impact how our site functions. You always can block or delete cookies by changing your browser settings and force blocking all cookies on this website. But this will always prompt you to accept/refuse cookies when revisiting our site.

We fully respect if you want to refuse cookies but to avoid asking you again and again kindly allow us to store a cookie for that. You are free to opt out any time or opt in for other cookies to get a better experience. If you refuse cookies we will remove all set cookies in our domain.

We provide you with a list of stored cookies on your computer in our domain so you can check what we stored. Due to security reasons we are not able to show or modify cookies from other domains. You can check these in your browser security settings.

These cookies collect information that is used either in aggregate form to help us understand how our website is being used or how effective our marketing campaigns are, or to help us customize our website and application for you in order to enhance your experience.

If you do not want that we track your visit to our site you can disable tracking in your browser here:

We also use different external services like Google Webfonts, Google Maps, and external Video providers. Since these providers may collect personal data like your IP address we allow you to block them here. Please be aware that this might heavily reduce the functionality and appearance of our site. Changes will take effect once you reload the page.